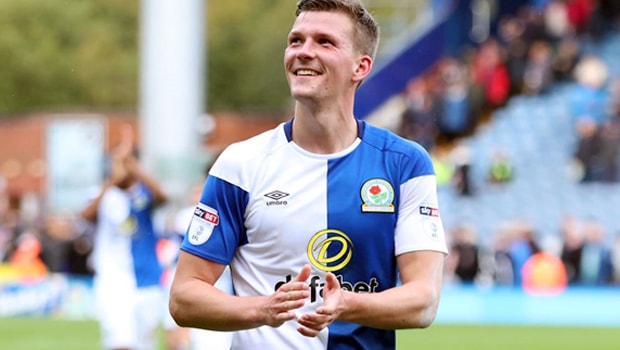 Defender Paul Downing believes focusing on one game at a time is the key for Blackburn in their bid for automatic promotion from League One this season.

After a slow start to the campaign, Tony Mowbray’s side have picked up the pace and are now just one point behind Shrewsbury in the second automatic promotion place.

This weekend brings a tough test against Scunthorpe at Ewood Park before Rovers complete their festive programme by facing Rotherham on New Year’s Day.

Scunthorpe are just two points behind Blackburn in fourth spot going into the game on Saturday.

The top three all hold a game in hand on the Irons so Downing knows victory could see the leading trio forge a nice gap on the chasing pack.

“Scunthorpe won again in midweek, they’re a good team with some good players. The game at their place was a difficult one,” he said.

“They’ve got a strong team so we’ll have to rest up and be ready for it. “I think we’re in a strong position and have to see where we come out after the festive period. If we can get six points from the next two games, we’ll re-assess.”

Rovers have been on a fine recent run, with six wins from seven in the league, although Downing isn’t getting carried away and says the key to promotion will be staying focused week in, week out.

“Shrewsbury don’t look like going away and teams like Scunthorpe and Bradford will be chasing us but we’ll just concentrate on ourselves,” he added.

“If we can focus on getting three points every week, we’ll make the top two, I’m sure.

“We have to be respectful of the other teams in the league. Teams raise their game here at Ewood and there is a lot of quality in this division.”