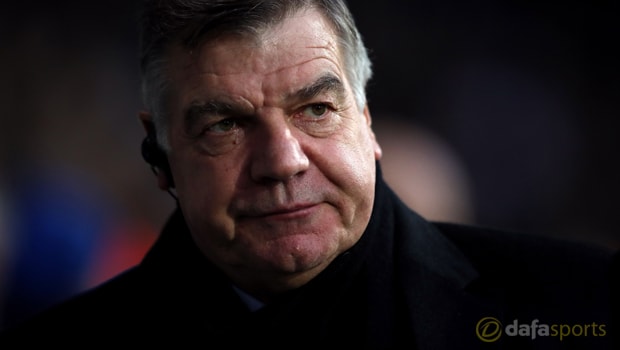 Everton boss Sam Allardyce has confirmed he is looking to bolster his attacking options during the January transfer window and Cenk Tosun is one of the players he is interested in signing.

Former England boss Allardyce has rejuvenated the Toffees since taking over as manager last month, steering them away from the relegation zone and into the top half of the Premier League.

The 63-year-old has also had time to assess his squad ahead of the opening of next month’s transfer window and one area he is looking to strengthen is up front.

Everton have been linked with the likes of Celtic striker Moussa Dembele and Arsenal forward Theo Walcott in recent weeks although it appears Besiktas frontman Cenk Tosun is now emerging as their number one target, with Allardyce confirming his interest in the Turkey international on Friday.

Asked about the club’s interest in Tosun, Allardyce said: “Him and many others. We need a frontman if we can find one.

We will be actively looking for a frontman in this window. I need more goals in the side than what we have at the moment.”

Dominic Calvert-Lewin has started all of Everton’s matches since Allardyce took over as manager but the former Sunderland boss believes the Toffees cannot be too reliant on the youngster.

“We need to strengthen in our goalscoring areas. Players who are already in, like Sandro, have not picked up the pace of the Premier League and haven’t been able to show what they showed in Spain,” Allardyce added.

“Calvert-Lewin is battling away. I think he has got a bright future but I don’t think we can rely on him at the moment.”

Everton are next in action when they visit Bournemouth on Saturday and they are priced at 3.20 to win. The Cherries are available at 2.38 and the draw is on offer at 3.30.