Goals will come for Adam Armstrong 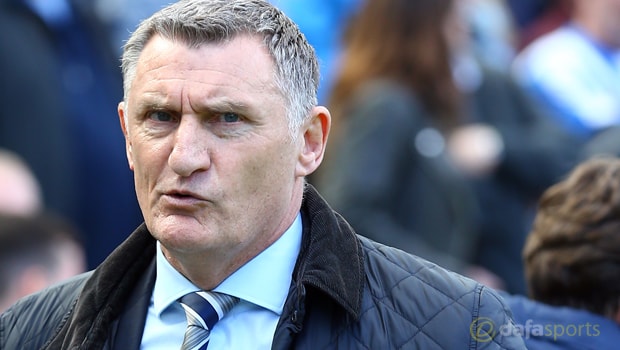 Blackburn Rovers boss Tony Mowbray believes that forward Adam Armstrong will soon be amongst the goals given how he is playing.

The 20-year-old made a loan switch to Ewood Park from Newcastle during the January transfer window, having previously played under Mowbray at Coventry.

Armstrong was impressive as Rovers saw off Walsall on Tuesday evening in a 3-1 home success, climbing to second spot in the League One table as they did.

A persistent battle with Walsall stopper Liam Roberts went on all night, with Armstrong able to count himself most unfortunate not to get on the scoresheet.

When he did eventually get the better of Roberts, he saw a free kick cannon back off the crossbar.

Still, Mowbray was delighted with his application and suggests Armstrong won’t have to wait too long for the pay-off.

“You can see the talent he’s got, the dynamic nature of his movement when he’s on the ball,” Mowbray said.

“He wants to shoot, he wants to score and he’ll have a day where he scores two or three. Ultimately, what matters is getting to feel the attention and adrenaline of the team.”

Rovers travel to Plymouth Argyle looking to gain some momentum in what has become a battle with Shrewsbury in recent weeks for the second automatic promotion spot.

Mowbray is happy with his team’s attacking threat right now and has urged the likes of Armstrong to keep doing the right things.

“I’m pleased we’re creating chances for him or he’s creating them himself,” he added.

“And if he keeps shooting, he will score. So we have to be confident and positive about Armstrong’s performance and know that some of those chances are going to go in in the coming weeks.”