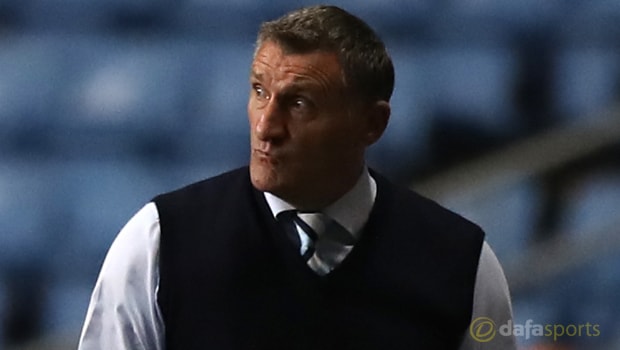 Elliot Bennett believes Tony Mowbray deserves all the credit for the turnaround at Blackburn.

The former Celtic boss arrived at Ewood last February and, after narrowly failing to keep the club in the Championship on the final day of the season, set about building a team capable of earning promotion from League One.

After a tricky start as they adapted to life in the third tier, Rovers have lost just one of their last 24 League One games to top the table and look well on course for an immediate return.

With 11 games to go, the feel-good factor seems to be back in Lancashire and Bennett admits much of that is to do with the winning mentality Mowbray has instilled into the dressing room.

The midfielder says the standards the 54-year-old has set have revolutionised the atmosphere within the team, admitting that the players now expect 100 per cent from each other every time they step out onto the field.

“I think a massive part of it is the manager,” Bennett said of Rovers’ position.

“From when he came in he completely changed the mindset within the group and what he demands from each and every player.

“What he won’t accept is not working hard and when we do that we’ve got fantastic quality at the top end of the pitch as you see with Bradley’s goals (at Wimbledon).

“That what it’s about, it’s the whole group. Since the gaffer has been here that’s what he demands.”

Sunday sees Blackburn welcome third-place Wigan to Ewood Park in a game they are 2.60 to win, with the draw 3.30 and the Latics 3.70.