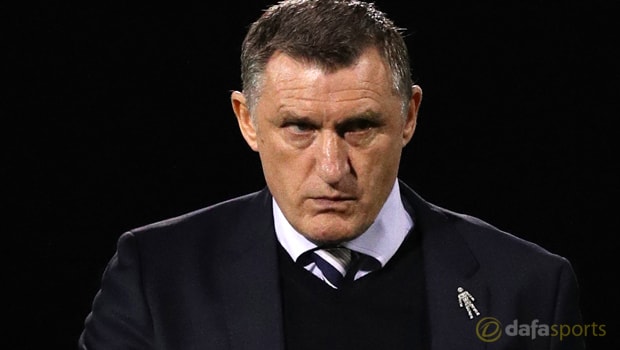 In the only League One fixture to be played on Tuesday, Rovers had a chance to make up some ground on those above them in the promotion race, but failed to take their chance.

Mowbray’s men twice went ahead at Ewood Park, only to be pegged back by Uwe Rosler’s side and in the end had to settle for a point.

The result leaves them sixth in the table, a full 12 points behind leaders Shrewsbury and 11 adrift of Wigan.

Saturday sees Blackburn switch their focus to the FA Cup as they take on Barnet in the first round.

Mowbray admits he is hoping for better from his side, conceding he was left frustrated by what he believes were uncharacteristic defensive errors from his side against their Lancashire rivals.

“We would have expected to win the game after going in front twice,” he said.

“I’ve watched the goals against and they’re both really poor goals [to concede].

“That’s something we haven’t been doing, generally. We’ve had seven clean sheets and have been pretty good defensively, so it hurts every player and every coach to concede from a set piece.

“There will be better nights, and we need to get back to keeping clean sheets as quickly as we can, but we’ll look forward to Saturday. Hopefully we can score a few goals, be positive and go through to the next round.”