Posted by Marlon William on November 1, 2017 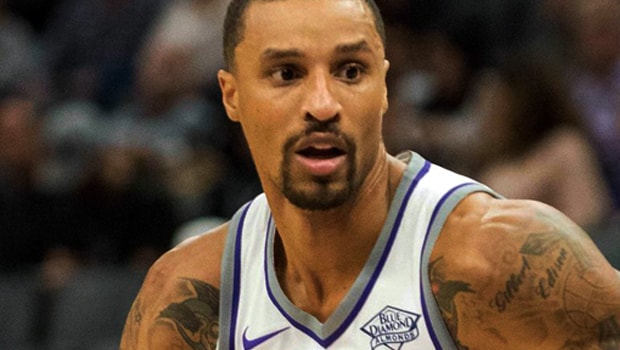 George Hill says the Sacramento Kings must stick together if they want to arrest their poor start to the season.

The Kings have made a habit of struggling in the opening half of their matches so far in the new campaign, an issue that again plagued them in Tuesday’s 101-83 loss to the Indiana Pacers.

That extended their losing streak to five and will undoubtedly have led to early doubts about their chances of making the play-offs.

They will be hoping to arrest their slide when they head to Boston on Wednesday for a match they are 9.00 to win, with the Celtics 1.07 to improve their recent winning run to six games.

Dave Joerger’s call to put his faith in a relatively young roster has led to questions from around the game, but he has remained steadfast in his belief that his men will come good.

At 31, Hill is one of the more experienced in the squad and knows his way around the block, having previously played for San Antonio, Indiana and Utah prior to joining the Kings in the off-season.

The point guard believes sticking together will be vital to his team’s chances of recovery while also preaching the importance of remaining patient.

“It can be a lot of things but it ain’t the time to point fingers and things like that,” Hill said.

“It’s a time to come together and keep being encouraging and try to help one another try to figure it out.

“I think for the most part some of us are going to the basket and things like that. Just trying to get a call, but trying to stay consistent, trying to make something happen.”