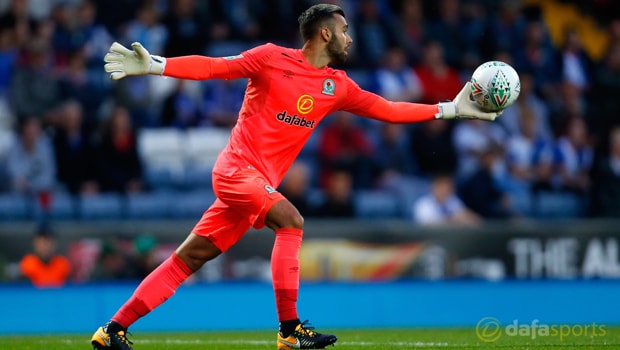 David Raya admits he is enjoying the chance to be Blackburn’s number one having been forced to wait his turn.

The Spaniard has largely had to play second fiddle to Jason Steele since arriving at Ewood Park in 2014, but was handed a new deal earlier this year and has thrived since his former rival’s recent move to Sunderland.

Raya has started eight times this season and after a mixed opening few weeks for both him and his team, has now kept clean sheets the club’s last three away games.

Tuesday’s 1-0 win at Scunthorpe helped Blackburn extend their recent winning run to three matches in League One, in the process seeing them climb to 10th in the table, just a point shy of the play-offs.

Raya will again be expecting to shine and his form is sure to be crucial as his side aim to justify their price of 3.80 to win the division, with Wigan the current 3.00 favourites.

The 21-year-old admits he has had to remain patient in Lancashire and says he is relishing the opportunity of being first choice.

“I have waiting for this opportunity for a long time,” Raya explained.

“I’m enjoying playing and it’s a great group of players and lads.

“That’s what we’re going to try and do, win as many games as possible.

“It feels great to have kept three clean sheets, second one in a row, and let’s see if we can get a third one in a row on Saturday.”