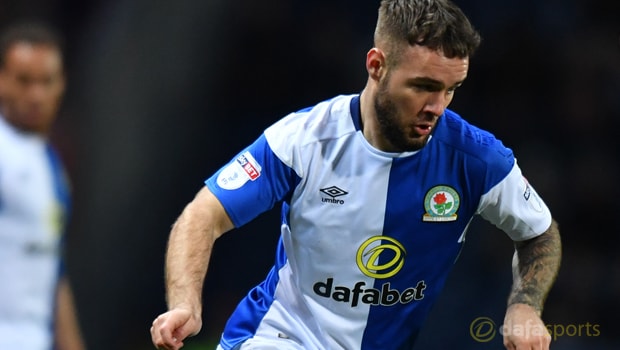 The duo will hope to spearhead Rovers’ promotion from League One this season and Dack has no trouble in predicting the Newcastle loanee will cut it at the top level.

Armstrong would be the first player in over five years – since Jordan Rhodes – to score for Rovers in five consecutive games at Ewood Park should he find the net in Thursday evening’s clash with Bradford.

It will be a first outing for Tony Mowbray’s men in 19 days as they bid to reclaim top spot in League One after both Shrewsbury and Wigan overtook them at the weekend.

Armstrong heads into the clash against the Bantams in fine form, with seven goals in his last seven games, and has all the attributes for the elite, according to Dack.

“Adam’s had a massive impact for us,” he told the Rovers website.

“He’s a great finisher, quick and sharp. He’s a massive help to the team and I knew all about his qualities, having played against him when he was at Coventry.

“We know all about his Premier League debut when he was really young and I believe he can go wherever he wants to go with his ability. He’s got so much quality, works hard and is really professional in the way he goes about his business.

“There’s no reason why he can’t play at the top level on a regular basis, in my opinion.”

Blackburn are 1.53 to defeat Bradford at Ewood Park, with Armstrong 5.25 to net the opening goal.