Bradley Dack: No more off days 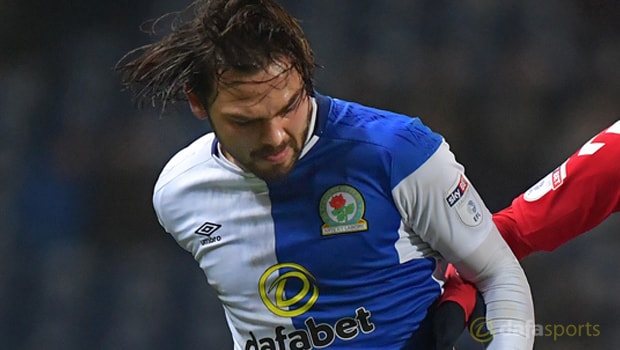 Blackburn Rovers playmaker Bradley Dack admits they suffered an “off-day” in last weekend’s defeat at Plymouth and insists there can be no more repeats if they want automatic promotion.

Tony Mowbray’s side has recovered from a slow start to the season by going on an 18-game unbeaten run in League 1 from October that helped lift them into the automatic promotion spots.

They have now slipped a couple of points behind second-placed Shrewsbury Town, who have a game in hand on Blackburn.

Dack, who has already chipped in with a dozen goals this season, admits they simply did not turn up at Home Park last week and suggests they must bounce back quickly, starting with Saturday’s home game against relegation-threatened Oldham Athletic.

“Saturday at Plymouth was very disappointing for us as a group. We felt we went there and didn’t really turn up, which hasn’t been said a lot this season,” the 24-year-old confessed.

“We need to put it to bed, go again on Saturday and move on quickly.

“It was one of those days. It was an off day, which have been few and far between this season. We can’t have another one for the rest of this campaign. Everyone is really focussed. We’re all raring to go and train.

“You don’t want to dwell too much on Plymouth and we’re all looking forward to bounce back against Oldham on Saturday.”

Oldham are currently fourth from bottom in League 1, one point from safety.

They defeated Blackburn 1-0 at Boundary Park earlier in the season. Blackburn are 1.57 to win at Ewood Park on Saturday, while Oldham are 6.00 and the draw is 4.00.