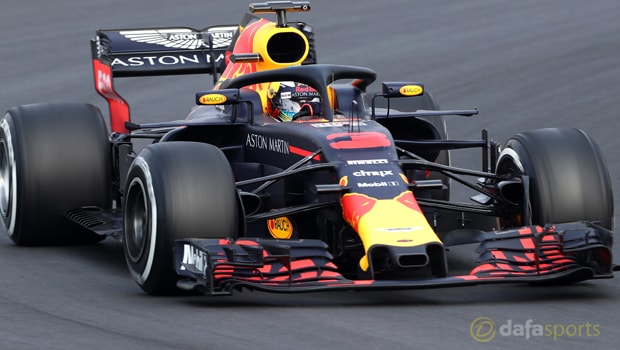 Red Bull’s Daniel Ricciardo says braking will be the defining factor in deciding who wins the Azerbaijan Grand Prix in Baku this weekend.

Ricciardo, who finished fourth in Australia before retiring in Bahrain, produced a brilliant drive to come from sixth on the grid to triumph in China last time out at the Shanghai International Circuit.

The Australian has moved up to fourth in the World Championship on 37 points, 27 points behind Ferrari’s leader Sebastian Vettel, and the 28-year-old is priced at 34.00 to go on and win his maiden world title this year.

Next up on the F1 calendar is a trip to Baku for the Azerbaijan race and the Perth-born star has fond memories of the venue, having triumphed on the City Circuit last year in an incident-packed race.

Unlike Monaco and Singapore, there are places of opportunities to overtake in Baku and Ricciardo believes being brave in the braking department will be key to winning the race.

“The trickiest thing in Baku is braking. There’s so many braking points where you have to commit and you have to brake as late as you can – but there’s no room for error,” he was quoted as saying by www.grandpx.news.

“Once you’ve committed to that braking point, if you’ve locked a wheel, you’re in the wall. I’d say the hardest part about Baku is finding the limit with braking and just having that confidence.”

Ricciardo is 9.50 to win in Azerbaijan on Sunday, Mercedes ace Lewis Hamilton is the 2.15 favourite whilst Vettel is priced at 2.75.

The second Red Bull of Max Verstappen, who came in for more criticism in China for his driving style, is also a 9.50 chance to win.