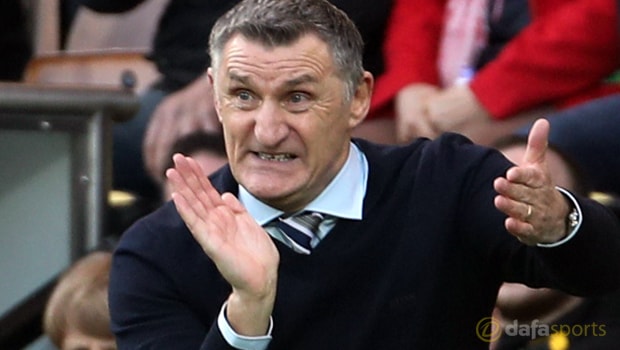 Blackburn Rovers boss Tony Mowbray admits to a fear of muscle injuries as his squad goes through a busy run of fixtures during a cold snap of weather.

They’ll return home to Ewood Park on Saturday to face League One promotion rivals Charlton Athletic and Mowbray is wary of players picking up injuries amid a mix of frosty and heavy surfaces.

“There are a few strains and some that probably won’t train [on Friday],” said Mowbray.

“Hopefully, we’ll have them available for Saturday. I think the frost and playing on a soggy pitch has caught a few muscles out.

“Hopefully it’s nothing too serious, training will be pretty low key for the next couple of days.”

Rovers’ recent winning run has seen them surge to third in League One and victory against Charlton on Saturday, which would be their sixth straight in the league, could see them enter the automatic promotion places for the first time this season.

Mowbray says players sometimes need to be wary of playing themselves into games in cold weather.

“We don’t want to leave them undercooked for Saturday – it’s an important football match,” he added.

“The intensity level sometimes needs building up, it’s not always easy when you’re expected to fly out of the traps.

“It’s not a fitness issue, they’ll get through 90 minutes, there are just a few tight muscles.

“I’ve found in my 30 years in football that when you train and play on different surfaces, players get injured, particularly muscle injuries.”