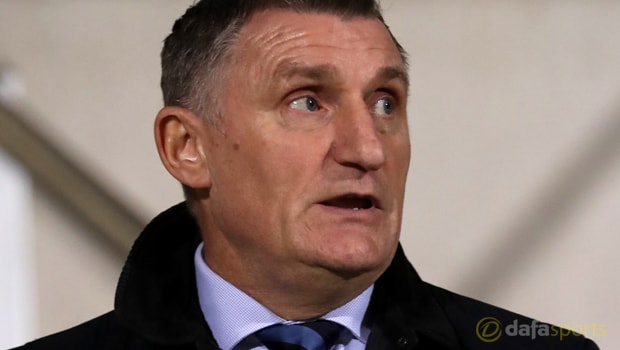 Blackburn manager Tony Mowbray has urged his men to put in one final big push as they look to end a busy 10-day period with victory against Blackpool on Tuesday.

Rovers currently sit fifth in League One and eight points adrift of leaders Wigan, having played two fewer games than a lot of teams in the division.

Blackburn, who are priced at 5.25 to win League One, initially struggled to adapt to life in the third tier of English football after losing two of their first three matches, but are now unbeaten in seven league outings, having won three on the bounce.

The Lancashire outfit end a run of four games in the space of 10 days, which has seen them beat Bury, Oxford and Bristol Rovers, with a trip to Blackpool on Tuesday and Mowbray is keen to see them extend their fantastic run.

However, Mowbray accepts that the Seasiders will provide a tough test at Bloomfield Road, although Blackburn are likely to have more fans in the stadium as Blackpool supporters continue to boycott in protest against the Oyston family.

Mowbray said: “Let’s make this one big push against Blackpool and finish this block of games with a really good feeling before heading into FA Cup action on Sunday.

“If we drop our standards then we’ll be in trouble. We hope to make this spell a really great on in the last ten days.

“I think it suits us playing away. There’s not so much space at home because teams normally play with two blocks to stop you. We maybe need to find a bit more individuality when playing at Ewood Park.

“It’ll be another game against a well organised, hard working, honest team with flashes of speed and creativity. Viv Solomon-Otabor is on loan from Birmingham and has power and pace.

“They have experience in Jay Spearing, Jimmy Ryan has plenty of talent and Kyle Vassell has shown what a menace he is at this level.”