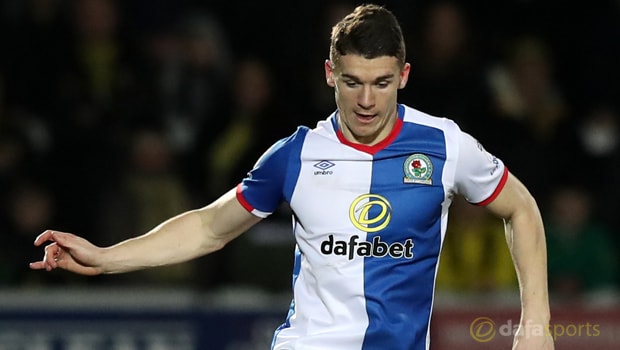 The Irish-born centre-back returned to the Rovers line-up last month after six months out with a foot injury and he has had an immediate impact on Mowbray’s side, helping them to five wins and a draw from his subsequent six appearances.

Indeed, the 23-year-old’s impressive displays have also earned him a call-up to Martin O’Neill’s Republic of Ireland squad for this month’s international friendly against Turkey.

Mowbray certainly believes Lenihan is full value for his international recognition, while he has also praised the influence of the defender since his return from injury.

“I’d like to keep Darragh Lenihan as a secret weapon and not eulogise too much about him,” Mowbray was quoted as saying in the Lancashire Telegraph.

“He is an amazingly, powerful, athletic and competitive footballer who plays in a position where those qualities are fantastic.

“He’s a young lad who wants to win every header, who wants to run people down the channels, wants to tackle and his passing has been excellent. I’m delighted he’s back and helping us win matches.”

Blackburn are currently top of the League One standings, although they have played more matches than all of their immediate promotion rivals.

The Lancashire outfit are next in action when they travel to the Priestfield Stadium to take on Gillingham on Saturday and they are priced at 1.80 to win that match, while the Gills are available at 4.50 and the draw is on offer at 3.60.