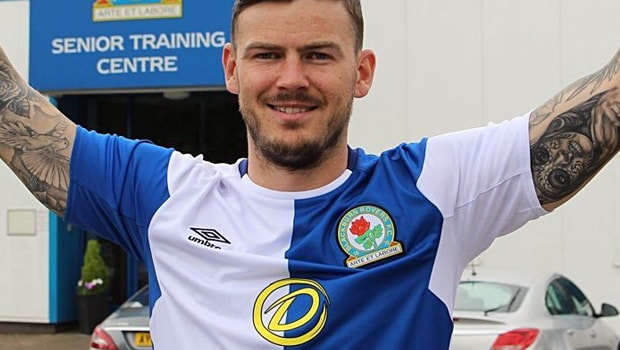 Ben Gladwin insists it is too soon for a sense of panic at Blackburn Rovers despite a disappointing start to the League One campaign.

Defeat against Doncaster last weekend meant Rovers remain pointless after two games and they will come under scrutiny this weekend ahead of their trip to Bradford City.

Gladwin picked up a calf strain in pre-season that meant he missed the opening league game against Southend.

He came off the bench against Doncaster and was unfortunate not to get on the scoresheet.

The forward was denied a first Rovers goal by a sensational save from Donny keeper Ian Lawlor, who tipped his top corner-bound effort over the bar, while he also saw a shot just clear the crossbar late on.

The ex-Queen Park Rangers man knows it is important to get points on the board quickly, but he has warned against adopting a panic mindset after only two games.

“We will talk about the things that we need to improve on, look back at videos and try to move on,” he said.

“Obviously no-one is happy at all, but we’re not going to lose our heads. Like I said, we’ll get back to the videos and have a look.

“We’ve got some experienced players in there that have seen a lot, but it’s not going to help anybody if we all start going nuts, so we will try to remain calm and work on things throughout the week that we need to.”

On his own progress, Gladwin felt his cameo against Doncaster will have shown boss Tony Mowbray what he is capable of and that he can resume the initial progress he was making during pre-season.

“I feel like I’ve shown a little bit of what I can do. I try and drive the team forward a little bit and get crosses in and get shots off,” he added.

“I obviously played quite a lot of minutes through pre-season and I got the calf strain right at the wrong time, but I’m back fit now and just trying to get myself in the team and get results, because that’s obviously the most important thing.”