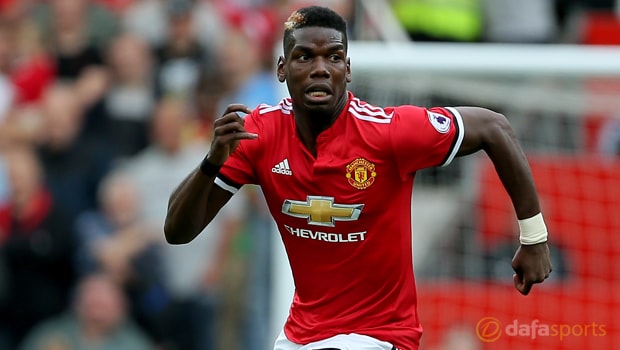 Manchester United midfielder Paul Pogba says he returned to England to challenge himself and help the club lift the Premier League title.

The 24-year-old secured a return to Old Trafford last summer for a then world record fee in the region of £90million after a four year spell with Juventus.

Pogba helped the Italian giants to win four Serie A titles, while he also lifted the Coppa Italia on three occasions and claimed a runners-up medal in the Champions League.

The France international insists he wants to help United return to their former glory and hopes to build on a solid first season back in England.

The Red Devils, who are priced at 3.75 to win the Premier League, lifted the Community Shield, League Cup and Europa League last term and they are aiming to bring in more silverware in 2017-18.

Jose Mourinho’s men sent out a strong message in their opening Premier League clash with West Ham on Sunday, claiming a 4-0 victory, with Pogba getting his name on the scorsheet alongside Romelu Lukaku and Anthony Martial.

Pogba says he is motivated by the thought of helping United to lift the Premier League title for the first time since 2012-13 and insists he has matured following his time in Turin.

“My dream was to play for this club and, when I finished [in 2012], I always felt like I had missed something at Manchester United because I wasn’t a first XI player.

“Now I’m back and happy to be back. I grew up a lot in Italy and I have come back as a man.”