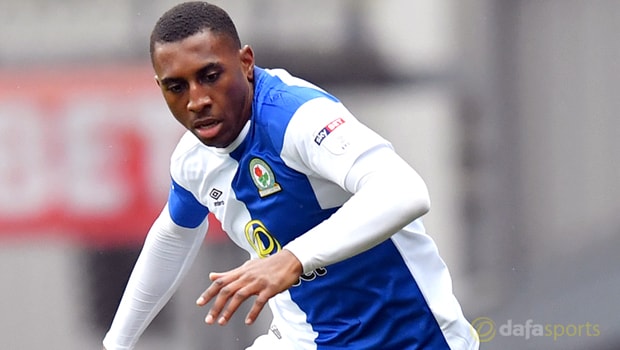 Amari’i Bell insists Blackburn Rovers have total faith in their ability to attain automatic promotion from League One this season, though they won’t be getting carried away with the notion.

Tony Mowbray’s side have consigned a stuttering start to the season to the archives with a strong run from the autumn onwards.

It has allowed Rovers to get into a three-way scrap with Wigan Athletic and Shrewsbury Town at the head of affairs, with only two clubs able to secure a quick promotion to the Championship.

The eventual outsiders amongst the trio will fall instead into the dogfight that will be the end-of-season playoffs.

With Blackburn not in action this weekend, Shrewsbury and Wigan got the wins over AFC Wimbledon and Bury respectively that saw Rovers drop from first to third in the table.

Shrewsbury are top, though both Blackburn and Wigan have played less games. Bell will be eyeing up victory over Bradford City at Ewood Park on Thursday, with three points enough to reclaim top spot. With nine games remaining, he says everyone is focused on the job in hand and feeling relatively confident.

“We believe that we’re good enough to get promoted so will concentrate on ourselves,” he said.

“We have to win as many as we can and that’s the goal for us. We’ve had a while to prepare for the next game and need to make sure we prepare right.”

The 23-year-old feels Mowbray has put together a squad fused with youth and experience that is good enough not just to win promotion from League One, but also to compete at the next level.

“This club shouldn’t be in this league,” he told reporters. “We could easily compete in the Championship and that was my goal when we came here.

“You need experience but also young players who have the desire and hunger to progress. We can learn from the experienced pros and that’s great.”

Blackburn are 4.00 to win the League One title. Wigan are favourites at 1.33, with Shrewsbury, currently top, outsiders at 8.00.