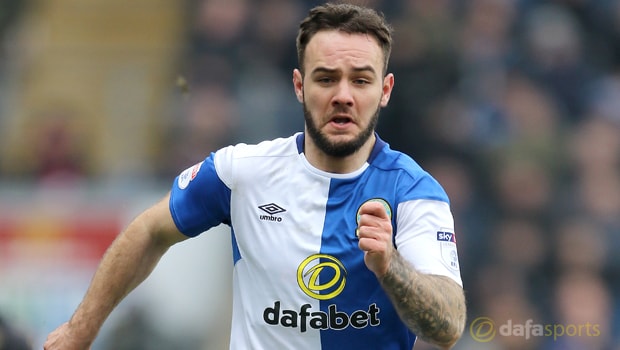 Adam Armstrong insists he is happy to win ugly between now and the end of the season if it means Blackburn can secure promotion from League One.

The on-loan Newcastle forward was the star of the show as Rovers secured a hard-fought victory over relegation-threatened MK Dons on Monday, a result that extended their unbeaten run to nine matches and also moved them back to the top of the standings.

The 21-year-old grabbed both goals during the 2-1 victory at Stadium MK, although Blackburn had to withstand some late pressure from their hosts as they clung on to all three points.

Armstrong acknowledged it was not a vintage performance from Tony Mowbray’s side, but he insists at this stage of the season he will take narrow victories all the way if it means Blackburn are playing Championship football next term “We’ll take 1-0 wins from now until the end of the season – everyone would,” Armstrong told the club website.

The main thing this season is to get promoted and we want that to carry on now.

“We know teams will come after us. We had to hang on and we did. We need to kick on from here.”

The England youth international knows there is still plenty of hard work for Blackburn to put in during the remaining seven games of the campaign, starting with Saturday’s home clash with Southend at Ewood Park.

He added: “Everyone knows how important the remaining games are and we’ll continue to train hard every day to ensure those three points keep coming.”

Blackburn are priced at 1.50 to emerge from Saturday’s contest with all three points, while Southend, who won 4-0 against Gillingham last time out, are available at 6.50 and the draw is on offer at 4.20.