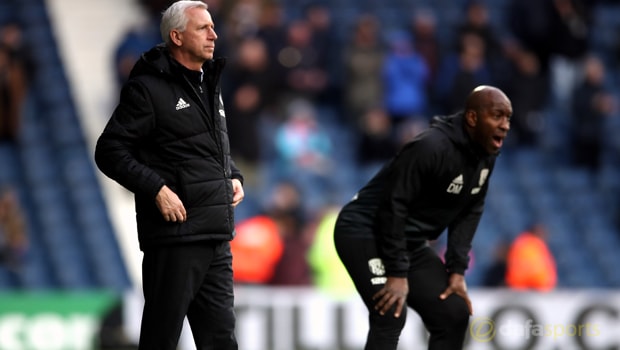 Caretaker manager Darren Moore wants to bring the unity back to West Brom after he was confirmed as Alan Pardew’s replacement on an interim basis.

Pardew was relieved of his duties on Monday after a turbulent four months in charge that saw him win just one of his 18 Premier League matches.

That run of results leaves Albion rock bottom of the standings and 10 points adrift of safety with just six games remaining in their campaign.

The likes of Nigel Pearson and Craig Shakespeare have been linked with taking over at the Hawthorns, but it appears former defender Moore will be the man in the dugout for the remainder of the season.

Moore spent five years as a player with Albion between 2001 and 2006 and he knows he needs to restore the unity within the club if they are to turn their disastrous form around.

“West Bromwich Albion has always been a family for me,” Moore said.

“And that’s the word I shall focus on – family. “We need to get the unity back among everyone – the players, the staff, the fans, everyone connected with Albion, because that is the only way forward.”

The 43-year-old conceded it was sad the way Pardew’s tenure panned out, but he is now solely focused on getting a positive result when the Baggies play host to Swansea on Saturday.

“These are never happy days at a club and it’s never nice to see people leave their jobs,” Moore added.

“But now all I can do is do everything in my power to focus the team for Swansea on Saturday.”

Things don’t look good for Albion, however, as they are currently on an eight-match losing run in the top-flight, although they are priced at 2.40 to win Saturday’s match, while Swansea are available at 3.10 and the draw is on offer at 3.20.