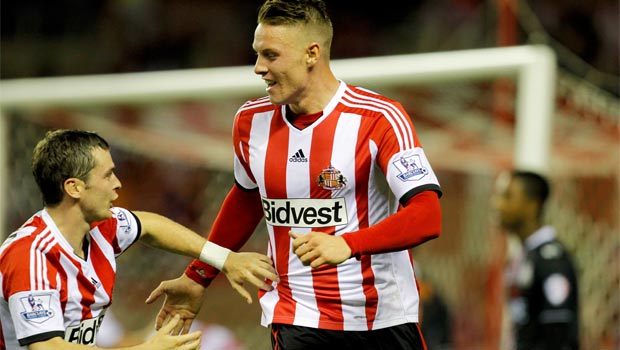 Leeds United have fought off competition from rival Championship clubs to sign Sunderland striker Connor Wickham on loan for the rest of the season.

Wickham will miss Sunderland’s trip to Wembley for the Capital One Cup final but was unlikely to feature and was keen to make the switch to Elland Road, according to McDermott.

“We are delighted to have signed Connor until the end of the season,”
he told the club’s official website.

“There was a lot of competition for his signature, but he was very keen to come and play at Leeds United. He is another young English player who has everything in front of him.”

Wickham admitted there was only one place he wanted to go once Leeds entered the race to sign him.

“Once I heard Leeds were interested in signing me there were no other choices and no doubt I wanted to come,” he said.

“I played against Leeds earlier this season with Sheffield Wednesday.
The potential here is a big. There are some players here that I know already, and the team is looking to push towards the play-offs.
Hopefully I can help with that.

“I just want to play football and do the best I can and hopefully push the team into the promotion picture.”

Wickham, who cost the Black Cats £8.1million in June 2011, scored eight goals in 11 appearances on loan at Sheffield Wednesday earlier this season.

Leeds are 3.98 with dafabet to win at Loftus Road on Saturday with QPR installed as the 1.89 favourites, while the draw is priced at 3.34.