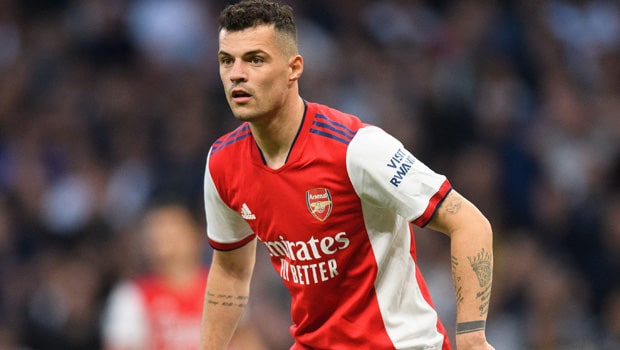 Arsenal midfielder Granit Xhaka has stated that his team does not deserve to play in the UEFA Champions League after the display the team gave in their 2-0 defeat to Newcastle on Monday evening.

The Gunners traveled to the St James Park two points behind Spurs in the race for the UEFA Champions League place and needed to win to gain a one-point lead and return to the top four ahead of the final day.

However, the script didn’t go as planned as they were beaten 2-0 by Newcastle united, who benefited from an own goal from Ben White ten minutes into the second half.

January signing for Newcastle United Guimaraes made it a comfortable 2-0 win with a goal with five minutes left to play.

The result is a huge blow for the Gunners, whose chances of playing in the UEFA Champions League are so slim that they need a miracle at Carrow road when relegated Norwich City faces Spurs on the final day.

However, the Swiss midfielder couldn’t find the right words to describe the performance on the night as Arsenal looked destined for Europe league football next season.

“It’s difficult to find the right words. From the first minute to the 90th, we didn’t deserve to be on the pitch. What happened was a disaster performance. You don’t deserve to play the Champions League or even Europa League. It’s very hard to take it at the moment. I don’t know why we’re not doing what the coach is asking for us.” Xhaka said.

Arsenal will play Everton on the final day at the Emirates Stadium. It’s a tough tie for Mikel Arteta’s side as the Merseyside team is battling safety.

Meanwhile, Norwich City will host Tottenham Hotspur, with Spurs in fourth with 68 points and Arsenal in fifth with 66 points. A win for Arsenal against Everton will mean nothing unless Norwich beats Tottenham.