Villarreal lose 2-0 to Liverpool at Anfield 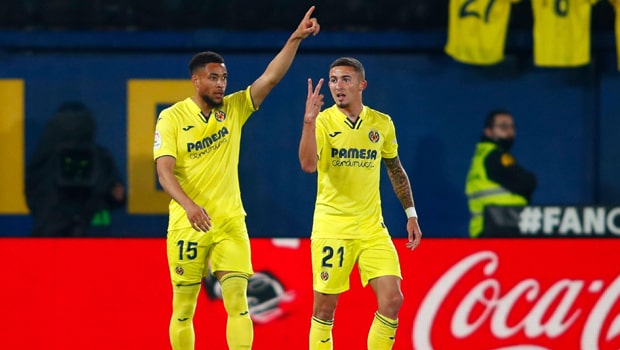 La Liga side Villarreal will have a huge task on their hands when they host Liverpool for the second leg of their UEFA Champions League semi-final Clash after they were well beaten 2-0 by the Reds at Anfield stadium on Wednesday.

Villarreal got past Bayern Munich 2-1 on aggregate in the quarter-finals and were also looking forward to getting another upset against Liverpool, but it needed to start with a favorable result in the first leg at Anfield stadium.

Manager Unai Emery set up his team with Arnaut Danjuma upfront. At the same time, Nigerian forward Samuel Chukwueze, who scored the goal that knocked out Bayern Munich at the Allianz Arena in the last round, also got a start.

There was a return to English soil for Francis Coquelin, who played for Arsenal, Giovanni Lo Celso, and Etienne Capoue.

The Yellow Submarines managed to frustrate Liverpool for the first 45 minutes as Jurgen Klopp’s side failed to find the breakthrough.

However, Liverpool scored two quick goals in the second half as Villarreal defender Pervis Estupinan scored an own goal in the 53rd minute.

Sadio Mane poked home from close range off Mohamed Salah’s pass for his 20th goal of the season in the 55th minute.

Liverpool couldn’t add to the scoreline, but the Reds may feel the conviction to have done enough for a comfortable second leg at the Estadio De La Ceramica next week with the final in Paris in view.

Villarreal manager Unai Emery agreed that the home side deserved the win but thinks Villareal can change things in Spain next week.

“We can’t tell nothing about the victory because they deserve it. The first half was defensively good, but we didn’t achieve in attack. They had two or three chances to score. 2-0 is a good difference for them. For us, not a good result, but we will try to dream and do something different in our home. The match next week will be very different than tonight.” Emery said.