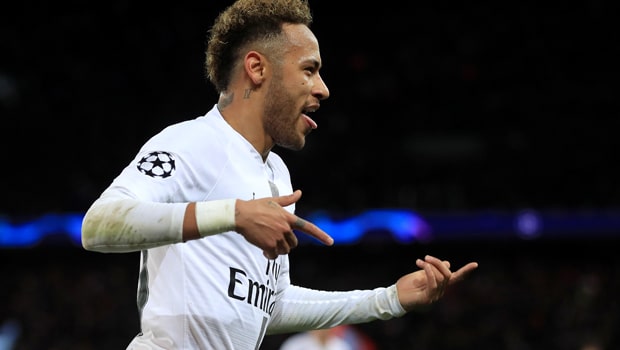 Neymar took to social media to label the penalty award that cost Paris Saint-Germain their Champions League quarter-final spot as a ‘disgrace’.

The Parisians seemingly had one foot in the last-eight despite entering stoppage time at the Parc des Princes trailing 2-1 to Manchester United, with PSG still ahead by virtue of last month’s 2-0 win at Old Trafford.

Things took a dramatic twist in added on time when Diogo Dalot’s shot struck Presnel Kimpembe on the arm and went behind, with a corner initially awarded to the Red Devils.

However, Slovenian referee Damir Skomina was alerted to a potential penalty award by the Video Assistant Referee and, upon reviewing, decided that Kimpembe had indeed blocked the shot with a flailing arm having turned his back to charge down the shot.

Marcus Rashford’s powerful spot-kick, in the fourth minute of second-half stoppage time, secured an impressive 3-1 away victory for United that meant they progressed on away goals.

It was the first time in Champions League history a team had won 2-0 away from home in the first leg of a knockout tie and failed to progress.

In a story post on the social networking site Instagram Neymar, who missed both legs through injury, wrote: “This is a disgrace, they put four people that know nothing about football in charge of looking at the replay for VAR.

“There is no penalty. How can it be a handball when it hits his back!” He completed his post with an expletive aimed directly at the officials that could see the Brazilian superstar in hot water with UEFA.

Romelu Lukaku has scored two first-half goals, both from PSG mistakes, either side of Juan Bernat’s strike for the home side, on a famous night for Man United and interim manager Ole Gunnar Solskjaer.

Manchester United are 10.00 to win the Champions League this season.