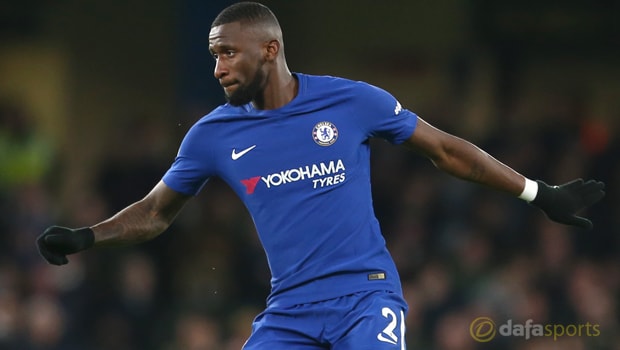 Chelsea defender Antonio Rudiger says he is ready to take on Barcelona and Lionel Messi when the two sides meet in the Champions League on Tuesday.

The Blues host the first leg of the last 16 tie and Rudiger feels it is vital they get a result at home if they are to progress in the competition.

The defender was a member of the Roma side humbled 6-1 at Camp Nou in the 2015-16 season, but he insists that heavy loss will not be playing on his mind when the game begins at Stamford Bridge.

Rudiger is well aware of the threat Barca pose, highlighting Messi in particular, but he is convinced Chelsea can keep the Catalan giants quiet.

“Football is played out on the pitch for 90 minutes, it is not what happens before,” he told the Evening Standard.

“Anyone who has fear or something like that should not play. You have to be mentally ready when the referee blows the whistle. That’s it. I’m ready for them.

“My respect for them is good, but once the referee blows the whistle I will always try to win my games.

“Everyone knows what kind of quality Messi has. But we have to take this match. We are playing at home and it could be an advantage for us.

“When I was younger, I was dreaming about playing in a game like this. I think everyone does. I played against them before with AS Roma, but now I’m with Chelsea.”