Posted by OLADIPUPO MOJEED on February 19, 2020 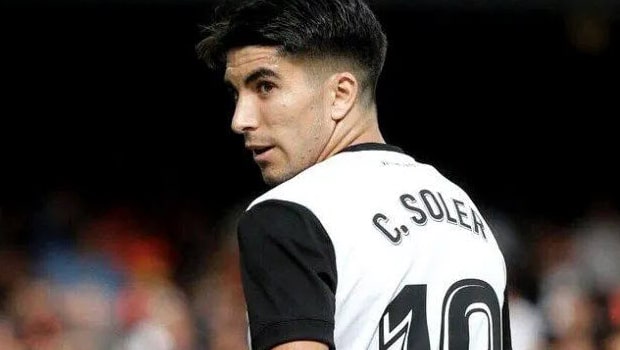 Valencia midfielder Carlos Soler has warned his teammates to be wary of  Serie A side, Atalanta ahead of their Champions League clash which holds today.

Speaking with Sky Sport Italia ahead of the game, the midfielder pointed to their skipper Papu Gomez as their best player.

While noting that many had said it was a good knockout draw for them against the debutants, but the Spaniard said Atalanta is a quality side that has many goalscorers.

He further described the team as the most prolific side in Serie A, adding that it is on such premise that they need to be very careful.

Soler further stated that apart from their frontman, Duvan Zapata who is out injured, they have Luis Muriel, Josip Ilicic and Robin Gosens who can score.

The first leg of the encounter will be held at San Siro, where they have played all their Champions League home fixtures because their stadium didn’t meet UEFA football standard.

Soler also said that the decisive leg would be at the Mestalla, adding that Alessandro Florenzi, who had played for Roma will be able to give the team some pointers as they travel to Milan.

He also said he spoke with fellow countryman, Fabian Ruiz, who plies his trade with Napoli, who revealed to him that they are tough.

While stating that Valencia has studied them carefully, he said they deserved to win the 2-2 draw game against Chelsea in the group stage of the money-spinning competition.

The chances of their goalkeeper Jasper Cillessen returning to the field is minimal having been out injured with a hip problem since December 7.