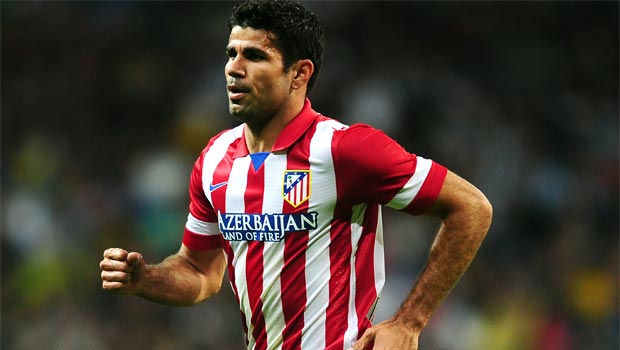 Atletico Madrid President Enrique Cerezo insists that the club will not be tempted into selling star striker Diego Costa in the summer.

The Brazilian-born forward is wanted by a number of clubs across Europe – with Chelsea, Arsenal and Liverpool all rumoured to be interested in his services.

Costa is hoping to feature at this summer’s World Cup finals for Spain while he is also looking for unlikely glory in the La Liga with Atletico Madrid. He has scored 21 goals so far this season and his record has alerted Chelsea in particular who are desperate to bring in attacking reinforcements.

The striker had been linked with Liverpool last season, and although it remains to be seen whether he remains in Brendan Rodgers’
thoughts, Costa is still being linked with a move to the Premier League.

It has been suggested that he could be involved in a swap-deal to Stamford Bridge, with Thibaut Courtois or former Atleti favourite Fernando Torres going the other way.

But despite the offers available, the Spanish giants insist they are not interested in letting the forward leave this summer.

“I don’t believe Diego Costa is leaving the club next season, we won’t sell him next season, but that won’t stop other clubs from wanting him,” he said during a sports forum at the Complutense University of Madrid.

“Diego wants to play with the Spanish national team and that has been an important decision.

“He likes Spain, lives here, and believes it is better for him.”

After losing 3-0 on Sunday to Osasuna, Atletico Madrid have drifted out to 13.00 to take the league title but those odds are sure to change following the Madrid derby at the Vicente Calderon on Sunday.

Despite winning 1-0 at the Bernabeu earlier in the La Liga season, Los Colchoneros are priced at 3.44 to land the spoils this time with Real installed as the 2.16 favourites, having won both legs in the recent Copa del Rey semi-final, including a 2-0 success at the Vicente Calderon.