Cesc Fabregas: ‘Chelsea are not well’ 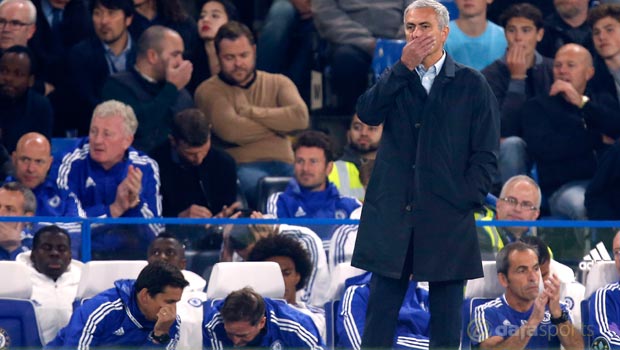 Chelsea midfielder Cesc Fabregas admits the club are currently in a bad situation but has backed boss Jose Mourinho to guide them out of trouble.

The Blues went into the international break on the back of their fourth defeat of the season in the Premier League after being turned over 3-1 by Southampton at home.

The defending champions are now 10 points behind current league leaders Manchester City, with Mourinho conceding after the loss to the Saints that their title challenge was already over.

The Stamford Bridge outfit are 17.00 to win the league this season and Mourinho’s main aim for now is just to make sure they finish in the top four, for which they are priced at 1.57.

The Portuguese’s position at the club has come under close scrutiny given Chelsea’s dramatic fall from grace this season.

The Blues released a statement earlier this week to dispel any rumours about the future of the ‘Special One’ in west London, insisting everyone at the club remains 100 per cent behind the manager.

Fabregas has echoed those sentiments and says it would not make sense to sack the former Real Madrid coach at this time.

“He is the best coach in the history of the club and the best we can have,” Fabregas told Radio Marca. “Personally, he helped me in a very complicated moment of my career and he gives me confidence.

“I will do whatever he asks. In man-to-man situations he helps me a lot and I respect him for that.

“We (Chelsea) are not well, but we will do better. We have the best coach for the club. People have not forgotten that five months ago we won the Premier League and a cup – but we have to change the situation fast and soon.”