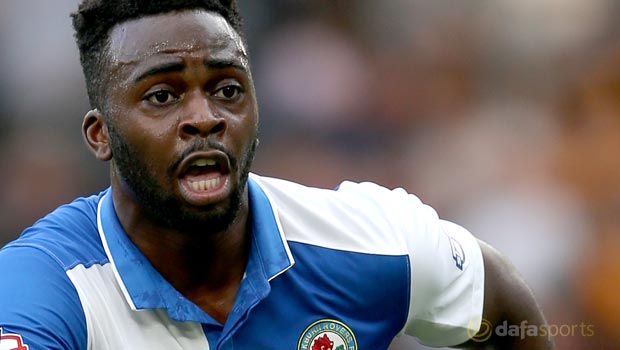 Hope Akpan believes his current form for Blackburn is good but knows he can get better the more game-time he is given.

The Nigeria international has slotted into Gary Bowyer’s side very quickly following his summer switch from Reading and impressed in central midfield alongside Corry Evans last weekend.

The 24-year-old was called into the team in place of the injured Danny Guthrie and was instrumental in the 2-0 success, winning the penalty for Jordan Rhodes to score the opening goal.

Akpan hopes his performance against the Tractor Boys will see him keep his place in the Rovers team after the international break and has called on Bowyer to give him the chance to show what he is capable of on a regular basis.

“I like to get about the pitch, with driving runs forward, and I think I am having a good effect on the games,” Akpan told the Lancashire Telegraph.

“So personally, yes, I would say I am happy with my performances so far.

Akpan says the international break has come at a bad time in terms of putting a dent in Blackburn’s momentum, Rovers having not lost in four, a run of results which includes taking points off promotion contenders Hull and Ipswich.

However, with several first team players currently on the sidelines through injury, Akpan admits the two-week break will give the medical team the chance to get some squad members healthy.

“I’ve said before that momentum is building a little bit,” he added.

“Has the break come at a good time or bad time? That’s a tough question. I think the lads would be happy if there was a game in midweek or next weekend.

“But what it does do is give us a chance to reflect on what we’ve done well in recent games and make sure we replicate it in training and get ready for MK Dons.”