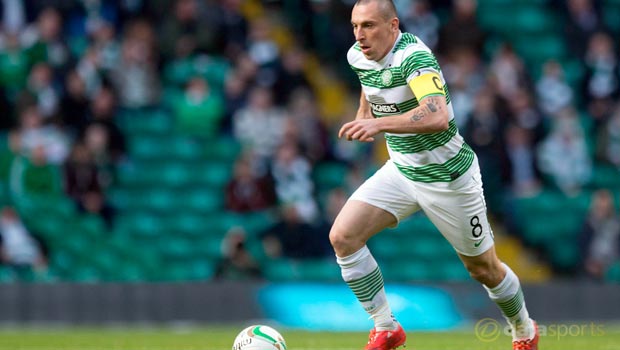 Celtic captain Scott Brown insists the club simply have to deal with the fact they must overcome three qualifying rounds before entering the Champions League group stage.

The Scottish champions begin their journey on July 15 against Icelandic side Stjarnan and will have to clear another two ties before they can seal a place amongst the elite.

Brown is frustrated that past Champions League performances count for nothing in terms of getting Celtic back into the competition, but says they cannot dwell on it.

“People don’t appreciate us as much as they should,” the 30-year-old said. “When we play in the Champions League, whether it’s home or away, we always give it a right good go.

“We’ve done well in the past and hopefully we will do the same this season.

“It might happen in the future that your coefficient is worked out on what each club does rather than all the teams from your league.”

Celtic’s first European tie comes almost three weeks before the domestic season in Scotland gets under way and that also remains a source of frustration for the Bhoys’ skipper but he is confident they have enough quality to overcome it.

“The first Champions League qualifiers are always hard because they (opponents) are six or seven weeks ahead of us in their league, so we are always playing catch-up. But hopefully our quality shines through,” he added.

Despite a relatively short down period in the off-season for Celtic, Brown is not expecting any sympathy and he brushed off any suggestion of fatigue.

“I don’t worry about anything like burnout. It’s just something you put in people’s heads but it’s an excuse to be perfectly honest,” he added.

Current Champions League holders Barcelona are 1.67 to win the Spanish La Liga title next season and runners-up Juventus are 1.50 to win the Italian Serie A crown.