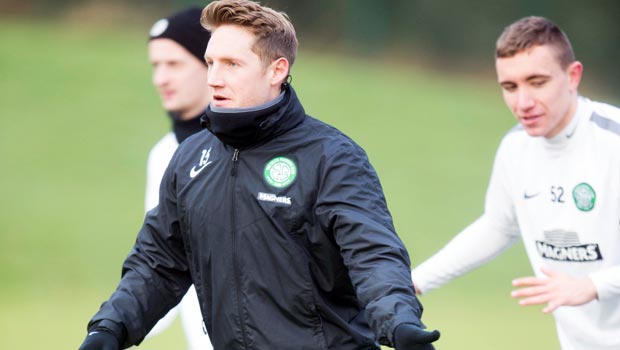 Celtic manager Ronny Deila has confirmed that contract negotiations are still continuing with Kris Commons as the club try to wrap up a deal in January.

The 12-cap Scotland international’s deal with the defending Scottish champions ends in the summer.

The forward arrived at the club from Derby County back in 2011 and the 31-year-old has been a regular fixture in the first team ever since, making over 110 appearances across all competitions and scoring 70 goals in the process.

Commons played a vital part in the 2-0 victory over Kilmarnock on Monday as the Bhoys closed the gap to league leaders Aberdeen to just one point, albeit with Celtic having played a game less.

The Scot played the full match and was a constant menace to the opposition’s defence, although he was unable to get himself on the scoresheet.

Celtic are desperate to extend Commons’ contract and Deila has now confirmed the club are working tirelessly to sort out a deal.

“We’ll see, we’re working on it,” he said. “Talks go on. In the first half Kris was involved in everything. He worked very hard. In the second half we dropped in intensity.”

Away from the Scottish Premiership, Celtic are in the last 32 of the Europa League where they face Serie A outfit Inter Milan.

The Hoops finished second in their group after some inconsistent performances, with FC Red Bull Salzburg taking top spot.

Celtic, who failed to get through the Champions League qualifying stage this season, are big outsiders to win the tournament at a price of 81.00, while the Nerazzurri are shorter at 16.00.