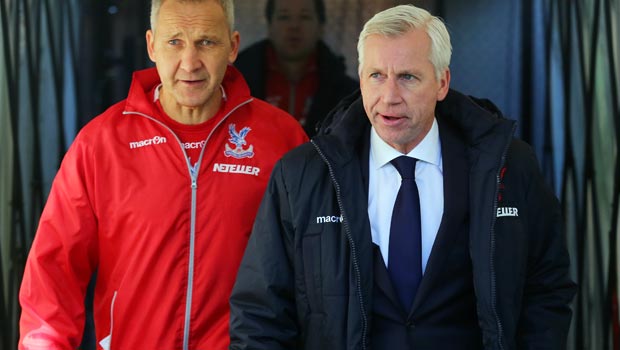 Crystal Palace defender Scott Dann has praised the impact new manager Alan Pardew has already had on the team since being appointed on January 3.

The 53-year-old, who played for the club from 1987-1991, was named as the successor to Neil Warnock who was sacked after just five months in charge on December 27.

The former Newcastle United manager got his tenure off to an impressive start on Sunday as the Eagles thumped Dover 4-0 away from home in the FA Cup third round.

A brace from Dann in the first half put the Premier League side in control before Dwight Gayle and Kevin Doyle wrapped up the win with strikes in the second period.

The focus will now turn back to the Premier League and Pardew faces a tough challenge to avoid relegation this season, with the side currently 18th in the table.

It is very tight at the bottom and optimism seems to be high within the squad at the moment, while Dann has praised the influence Pardew has had on the players in such a small amount of time.

“I think it is a great appointment. Fair play to the chairman, he has got the man he wanted, and he has got him in quickly,” he said.

“And Alan has done a good job – since the last manager went we have had three clean sheets and, the way the manager has put his own stamp on things, we could have scored a few more goals against Dover and could do in the future.”

Palace are next in Premier League action on Saturday when they welcome Tottenham to Selhurst Park, with the Eagles 3.39 to pick up the win while Spurs are favourites at 2.12.