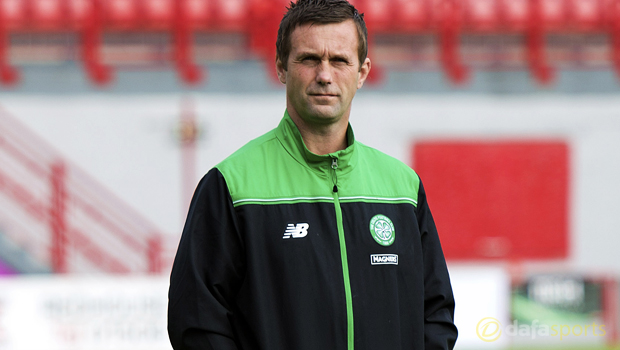 Manager Ronny Deila would like to bring back experienced and successful former Celtic players in a bid to help take the club forward both domestically and in Europe.

The Norwegian boss is building a relatively young squad at Celtic Park and that lack of experience, especially in Europe, has been evident in back-to-back Europa League defeats to Molde.

Deila reckons attracting players who have previously left the club to move on to bigger and better things elsewhere, and persuading them to return to Celtic, could be one potential way to move forward and help develop the squad.

The Celtic boss said: “What you can do is get players who have already been at Celtic before and want to come back. That is if they want to play for Celtic.

“It has to be mainly Scottish and British players who want to come and finish their careers at Celtic.”

However, finances are always an issue for the club and that will often prove the ultimate stumbling block. Deila admits the club have already tried to attract some former Celtic stars back north of the border and not succeeded due to the wages offered elsewhere.

He added: “We have tried some, without wanting to mention names. It’s tough because of the salaries they have. That is the major problem.

“There are a lot of players who want to play for Celtic, but when they get their pay cheques they are not so interested. There is so much at stake for them, so much to lose economically.

“In Britain there are a lot of people who played in big clubs, who know what Celtic is all about. But, again, it is the financial side of it which makes things difficult.”

Celtic face Ross County on Sunday November 8 and are the 1.40 favourites to win the game, while their opponents are on offer at 7.50 and the draw priced at 4.75.