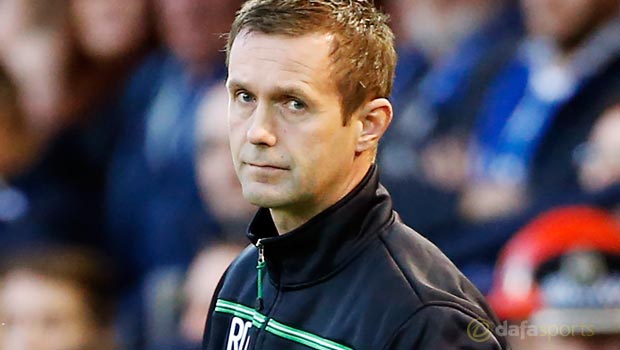 Celtic manager Ronny Deila feels Aberdeen are genuine title contenders in Scotland this season as he readies his Hoops for a trip to Pittodrie on Saturday.

Celtic top the Scottish Premiership by one point from Aberdeen but Derek McInnes’s side have a game in hand and have yet to drop a point this season.

The Dons have conceded only one goal in the league up until now and, according to the Celtic boss, they are much improved from the side the finished 17-points adrift in last season’s title race.

“They are a better team this year than last year,” the Norwegian told reporters.

“They have brought in good players and kept their team. They have more experience and have started well, it’s going to be a tough game.”

Deila feels Aberdeen are worthy title rivals this season and he admits whichever side emerges from Pittodrie with three points would take great confidence going forward.

“Both of us have started well so it’s a big game and I’m looking forward to it,” Deila added.

“Last year we started talking about the title in January, now it’s September. Nothing will be finished after Saturday but the team that wins will put themselves in a better position and take energy and confidence into their next games.”

Celtic’s title-winning margin over Aberdeen last season was significantly bolstered by the fact the Glasgow side dominated the head-to-head, winning all four games between the sides.

Deila will have new signings Jozo Simunovic and Tyler Blackett available for the first time on Saturday and he admits he is particularly excited to have secured long-term target Simunovic.

“(He) has the potential. We scouted Jozo for a long time and he has the attributes to make him into a big player,” he added.
“He is 20, it will take time to get him to the highest level, but he is a very talented boy.”