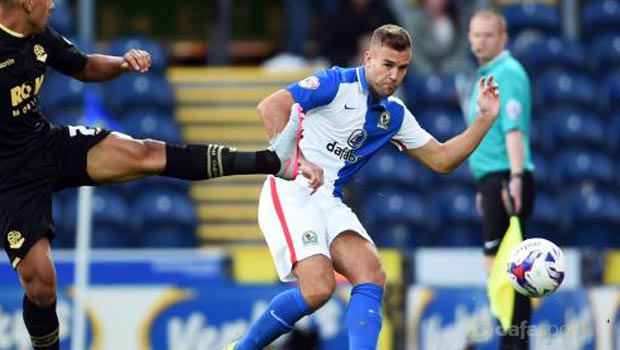 Blackburn defender Tommy Spurr says his team must take their chances in Sunday’s clash with Fulham at Craven Cottage.

Gary Bowyer’s side are without a victory in five Championship games so far this season but, according to Spurr, it could be a very different outlook had they made their dominance count in some of those games.

Last time out, Rovers managed their first clean sheet of the season in the Lancashire derby clash with Bolton Wanderers and Spurr says they can build on that performance by winning at Fulham.

Kit Symons’s side picked up their first win of the season last time out against Rotherham, but that is not putting Spurr off.

“It was nice to get a clean sheet and hopefully we can take that onto Fulham and get a win there,” he told reporters.

The 27-year-old defender feels Rovers have performed well in games this season without having much to show for their efforts.

“I think we have shown in the Wolves game that when we were on top and in the first half we could have been two or three up before they’ve even started,” he said.

“Against Cardiff we should have won the game, there is no doubt about that, and then again at Brighton we should have been well up before they got a chance to score.

“So there are a lot of positives, we just need to turn them into points now.”
Victory in London would see the Ewood Park men doubling their points tally for the season having claimed three draws in their opening five games.

Having returned from injury against Bolton last time, ace marksman Jordan Rhodes is once more likely to lead the line for Bowyer’s side on Sunday.