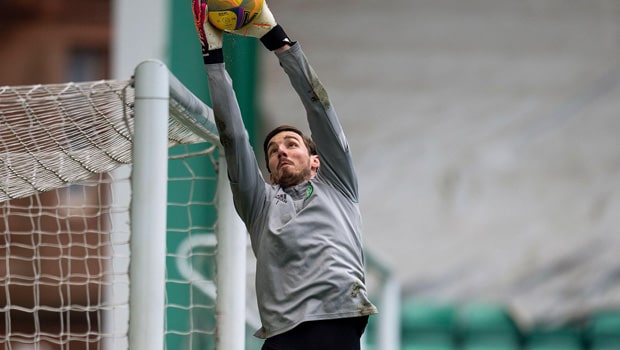 Following an imminent loan deal to Dutch side FC Utrecht, Celtic shot-stopper Vasilis Barkas has revealed the reason behind his slow start to life at the club, blaming it on the pandemic.

The Greece international arrived at Parkhead during the summer of 2020 from the Greek side AEK Athens for a fee in the region of £4.5mand has since found it difficult to settle with life at Glasgow as he believed the COVID altered his progress with the Hoops.

Sources from the Greek media revealed that Barkas was quite disappointed as he failed to adjust to the Scottish game due to the pandemic restrictions but someday hopes to return after his loan spell to prove himself.

“Everything happened in a flash, with the coronavirus situation making it difficult for me daily. I was sad because I had hoped I would develop myself and become the best in the Scottish league.”

“I hope to mark my return one day to this great club by proving that Celtic did the right thing investing in me.” He added.

The 28-year-old was limited to just a couple of appearances last season, which pushed him further down the pecking order in the goalkeeping department after the arrival of Joe Hart, with Scott Bain also rewarded with a new deal to make Barkas the third choice.

The good thing here, however, is the willingness of the shot-stopper to get back on track with his Celtic career when his loan deal ends in the Eredivisie.

Celtic will look to kickstart their preseason activities in Austria as Ange Postecoglou’s side will now take on SC Wiener Viktoria on 6th July 2022, with Rapid Vienna and Banik Ostrava on 9th and 13 July, respectively.

Celtic will return to Scotland for a game against English side Balckburn Rovers on 16th July.