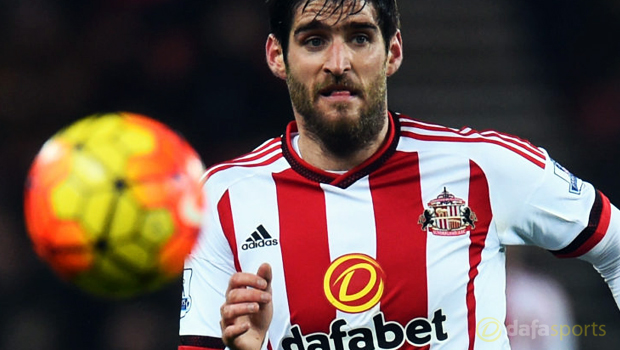 Brendan Rodgers is reportedly on the verge of completing his first signing as Celtic manager with Danny Graham expected to join the Scottish champions.

Rodgers was named as Ronny Deila’s successor on May 20 on a 12-month rolling contract and preparations are firmly underway for the new campaign.

The Bhoys won the league title for a 47th time this season but their performances on the European stage left a lot to be desired, as they failed to get out of the Europa League group stage.

Liverpool’s former boss is expected to bring in several new faces in a bid to strengthen the squad and it appears a striking addition will be announced soon.

Graham is set to be released by Sunderland on July 1 after falling down the pecking order, and the switch to Parkhead would be his first venture over the border.

The 30-year-old spent the second half of the season on loan at Blackburn Rovers, where he managed to impress, scoring seven goals in 18 Championship appearances.

Rovers were said to be hopeful of completing a deal for the soon-to-be free agent but Celtic have a stolen a march in the race for his signature.

Rodgers’ options in attack are thin at the moment, with Leigh Griffiths and Nadir Ciftci the only two out-and-out strikers, and the addition of Graham would add more competition for places.

Celtic are the firm 1.30 favourites to retain the Scottish Premiership title next term, while Rangers, who are back in the top flight after winning the Championship, are priced at 4.20 to pip their old firm rivals.


Aberdeen are the closest challengers away from the big two at 15.00, while Hearts are a 41.00 chance.