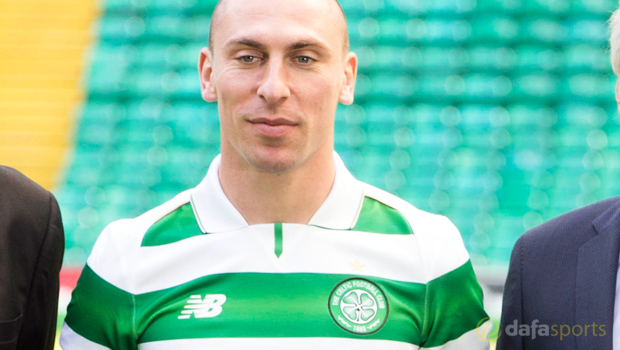 Celtic captain Scott Brown has admitted he was surprised when the club managed to tempt Brendan Rodgers north of the border.

The former Liverpool boss had been out of work for six months but he decided to move to the Hoops after Ronny Deila parted company with the Scottish giants.

Celtic won the Scottish Premiership title again last year but their performance in both the Champions League and Europa League cost Deila his job.

However, the club’s fans are now dreaming of further progress under Rodgers after he almost guided Liverpool to the Premier League title two years ago.

The former Swansea coach is already planning for next season and Brown admits the squad cannot wait to get started.
Brown insists he was surprised the club managed to bring Rodgers to Celtic Park, but is now focused on winning more silverware next year.

He told the Evening Times: “When I looked at it I thought: ‘there is no chance in a million years we are going to get Brendan Rodgers to come to Celtic’.

“After the last couple of seasons, there have not been a lot of fans, there has not been great support for the league, but as soon as he comes look what happens.

“It sets everything on fire. He has just put us through the roof to be perfectly honest.

Everyone is talking about Celtic, the gaffer, what he can do, what he has done at his previous clubs and how he plays.

“I was over the moon when he got the job. I know the style that he likes to play.

It suits me and it suits pretty much everyone in Scotland. Hopefully we can just do it on the park now.”