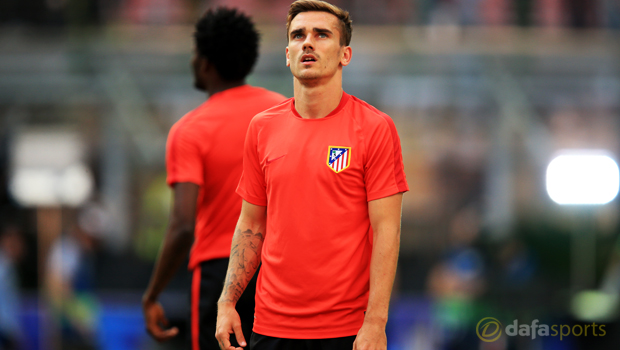 Atletico Madrid striker Antoine Griezmann has confirmed that he has extended his contract at the club until the summer of 2021.

The France international has been linked with a move away from the Vicente Calderon in recent months following another solid campaign in La Liga.

He helped his side finish third in the league, hitting 22 La Liga goals, while he also played a big part as Atleti again made the Champions League final, his seven goals along the way proving very important.

And he has now rejected attention from the Premier League and other clubs around Europe and committed himself to the capital club.

Griezmann has finished as the club’s top scorer in the last two seasons and now the 25-year-old wants to kick on and help Atletico progress once more as they try to keep pace with Real and Barcelona domestically.

“I’m very satisfied, very happy to keep belonging to this family and this project,” he said.

“I want to improve every year, and the club, the coaches and my team-mates can help me to reach this goal.

“The club wants to keep the level as high as possible and we have to give everything to continue growing. I hope we can keep this way and continue with this progression.

“At the collective level we are looking for doing better than the last year as well.”

Griezmann will be hoping he can play a huge part in his team’s 2016-17 campaign and help them finally win the Champions League under Diego Simeone.

After reaching the final for the second time in three years last month, Atletico are now priced at odds of 13.00 to all the way next year with Dafabet.