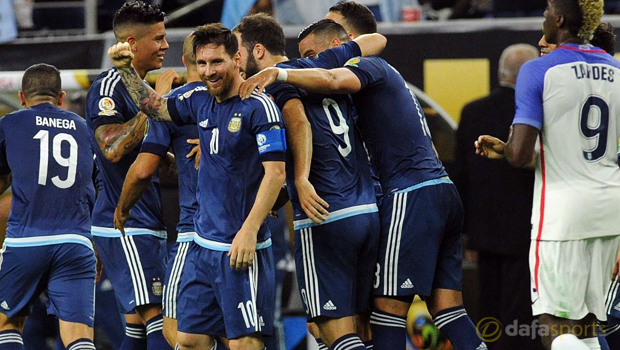 Lionel Messi hailed the achievement of Argentina in booking their spot in a third successive major tournament final before admitting they are desperate to finally win on the big stage.

A resounding 4-0 win over hosts USA earned Argentina a place in the Copa America decider and they will now will play in a final for the third straight year, after contesting and losing both the 2014 World Cup final against Germany and the 2015 Copa America final versus Chile.

Both of those losses were painful for the Barcelona player but he nonetheless feels Argentina should be proud of their recent tournament record.

“To be in three straight finals has a lot of merit,” said Messi.

“Making the final was the objective, this team always wants more, again we’re in the final and hopefully we will win it.” Germany deprived Argentina after extra time in the 2014 World Cup decider in Rio de Janeiro, Mario Gotze scoring the only goal.

A year later, hosts Chile prevailed on penalties following a scoreless 120 minutes in Santiago. Argentina are attempting to end a 23-year wait for Copa America success and Messi says they will need to get all facets of their game right in order to gain a ‘deserved’ win. 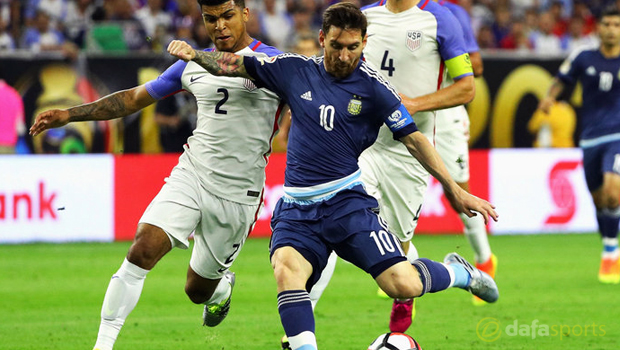 “This team deserves it because this team does things well both in attack and defence. We are eager and we have a lot of hope for this cup,” he added.

Messi’s first-half goal in the 4-0 demolition of USA was his 55th international goal, breaking the previous record of 54 held by Gabriel Batistuta and making him Argentina’s all-time leading scorer.

Colombia are available at 3.10 to defeat Chile in the remaining semi-final, with the defending champions the 2.40 favourites while the draw is on offer at 3.20.