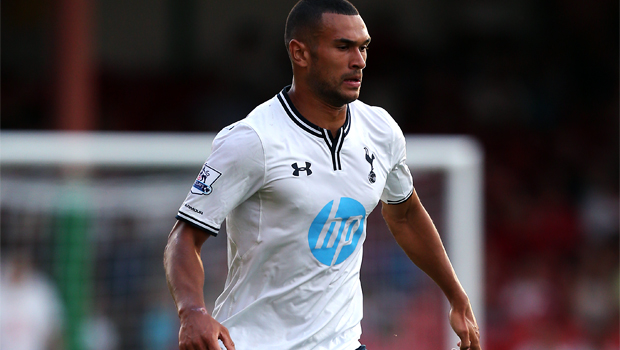 Caulker completed his switch to the Welsh capital on Wednesday, signing a four-year deal for a fee thought to be in the region of £8million.

The move has come as somewhat of a surprise to many, with the 21-year-old previously being seen as a major part of the Spurs squad after making 18 Premier League starts last term.

However, he has now decided to continue his development elsewhere in what could turn out to be a huge season for the defender, as he looks to earn a place in the England squad for next summer’s World Cup in Brazil.

Caulker made his Three Lions debut against Sweden in November but has failed to keep his place in the international set-up and will be hoping that regular football will help him work his way back into Roy Hodgson’s thinking.

This won’t be the first time the talented stopper has lived in Wales, following his highly successful loan spell at Swansea in 2011-12 and having played a big part in their consolidation in the top flight, he is now looking to do the same with Cardiff.

“I want to say how happy I am to have signed with Cardiff City. I’m delighted to be here & excited for this fresh challenge,” he told the club’s official website. “I spoke to the gaffer yesterday, liked what he had to say and am excited about the plans he has for the football club.

“You get the sense of excitement from everybody at the club in the build-up to the season’s kick-off at West Ham and I’m really looking forward to being part of it.”