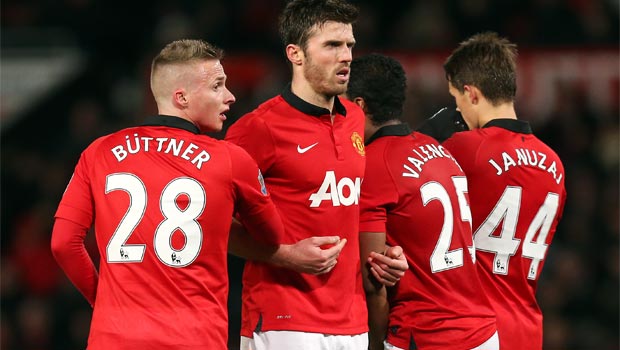 Michael Carrick is sure Manchester United’s season will take a turn for the better soon and the midfielder has targeted overturning their 2-1 first-leg disadvantage against Sunderland in Wednesday’s Capital One Cup semi-final return at Old Trafford.

United trail the Black Cats after the first leg a fortnight ago but, with home advantage in the return game, many are tipping David Moyes’s side to come out on top overall and still book their place at Wembley.

Such an outcome would certainly lift the spirits at Old Trafford after a difficult season so far under the new boss. United are 14 points off the top in the Premier League following Sunday’s defeat at Chelsea, while they are also out of the FA Cup after losing at home to Swansea earlier this month.

Carrick knows if they can overturn the semi-final then a trophy is within their grasp – even if local rivals Manchester City will lie in wait in the final as they hold a 6-0 first-leg advantage over West Ham in the other last-four clash.

The midfielder insists while results have clearly been a disappointment so far under Moyes, their performance level has not actually been that bad.

He said: “Times have been difficult. Performances have not been that bad actually but results have been pretty awful for us to take.

“We are giving everything at the minute but it’s just not going our way. If we all stick together, I am sure it will turn soon.

“We want to play again as quickly as possible and Wednesday is another big game. It is an opportunity to get to a final. You can’t take that lightly and the fans have been unbelievable over the last month or so especially.”

Following the Sunderland clash, United then host former striker Ole Gunnar Solskjaer’s Cardiff City next Tuesday (United 1.27, Cardiff 8.58, draw 5.10) as they look to bounce back in the Premier League.