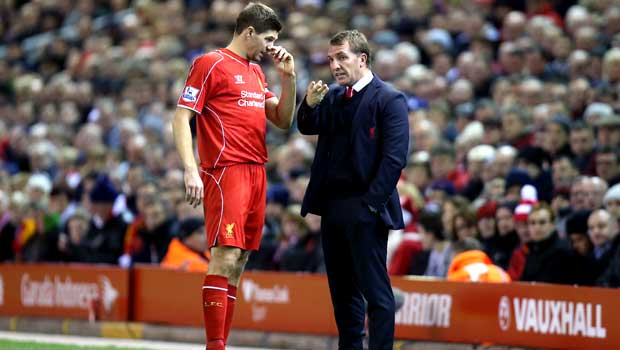 Liverpool boss Brendan Rodgers insists he is unconcerned about Steven Gerrard’s contract situation and will respect any decision he makes about his future.

Gerrard will be out of contract at Anfield at the end of the season and has yet to commit to the club, as he continues to mull over last November’s offer of a 12-month extension.

The situation means that the former England captain is now free to talk to other clubs, with rumours that he may be approached to move to Major League Soccer.

Whether or not that is the case only time will tell, but Rodgers feels that nobody deserves the chance to decide their own future and speak to other parties more than the current Reds’ skipper.

“I have got a great relationship and communication with Steven so we understand exactly the position,” he said.

“I think he has earned that respect if he does (talk to anyone).”

Of more immediate concern to both Rodgers and Gerrard is the New Year’s Day visit of Leicester City with Liverpool, who can be backed at 1.42 to win, looking to build on back-to-back victories and continue an obvious upturn in form.

And having left the one-club man out of his side for last Monday’s 4-1 victory over Swansea, the Northern Irish tactician has made it clear that the 34-year-old will lead the team out when the Foxes (7.54 to claim all three points) come calling.

“Steven will be straight back in,” he added. “He’s a wonderful player and a wonderful servant to this football club.

“During my time here, he has been brilliant for me. I have just got to manage his games.”