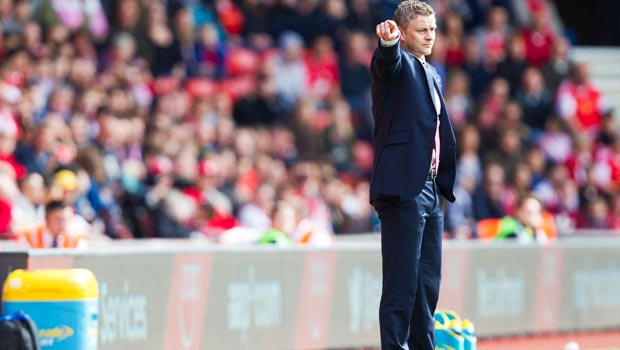 Ole Gunnar Solskjaer remains in defiant mood and insists that Cardiff City will avoid relegation from the Premier League – if they win two of their three remaining games.

The Bluebirds were unable to make it back-to-back wins following their surprise success at Southampton last week, having to settle for a 1-1 draw against Stoke City on Saturday.

It is difficult to know at this stage whether the result is a good point won against an in-form side or two dropped, but there are certainly positives for the capital club to take into their final three fixtures.

Solskjaer’s men responded to going behind to a debatable penalty decision scored in first-half stoppage time, with Peter Whittingham at least rescuing something from the game with a spot-kick of his own.

The draw leaves Cardiff in the bottom three, two points adrift of safety, but Solskjaer is convinced his side has what it takes to escape the drop zone.

Solskjaer said: “I do think two wins will be enough.

“We’ve got to make sure we get one more win from these final matches than Norwich manage and also ensure we get more points than Fulham.

“We’ve got two big journeys coming up to the north-east and we need two really big performances up there to give ourselves a decent chance against Chelsea in our final match which is at home.

“We have three matches left to rescue the season, as such, and we’ve got to ensure we come through that huge test successfully.”

First up is a massive game against fellow strugglers Sunderland, who have given themselves a lifeline after taking four points in their last two games against Manchester City and Chelsea (both away), on Sunday.

The Black Cats, just a point below Cardiff in the table, have been installed as the 1.87 favourites to take the three points, with the Welsh side on offer at 3.61 and the draw at 3.47.