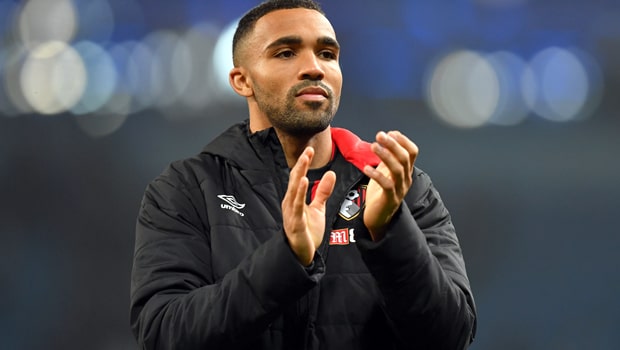 Callum Wilson insists he feels at home in the England squad, suggesting his form for Bournemouth this season means he is in there on merit.

The 26-year-old Cherries forward earned his first call-up to Gareth Southgate’s squad for Thursday’s friendly with the United States and the UEFA Nations League clash with Croatia on Sunday after a red-hot start to the campaign.

Wilson has scored six goals and provided four assists for his club, earning the approval of the Three Lions boss in doing so.

The former Coventry City ace is used to coming up against some of his new England team-mates week in, week out on Premier League duty, and says he does not feel overawed in his new surroundings.

“When I walked in [to England training] I felt like I should be here,” said Wilson.

“I felt like my performances this season have justified my selection.

“I play against different players from the squad week-in, week-out, so you get to see them and you have that mutual respect there. But I always felt comfortable coming here.”

Wilson has suffered two cruciate knee ligament injuries since 2015 but his mental strength in getting back to full fitness was recently hailed by club boss Eddie Howe.

Wilson joined the south-coast outfit when they were in the Championship, buying into Howe’s vision of becoming a top-tier side and has credited the manager with improving all facets of his own game along the way.

“He has given me a fantastic opportunity and a platform,” he added.

“He bought me when they were in the Championship and had a vision to get into the Premier League within a few years and that was something I wanted to do as well, being ambitious.

“That’s what he has done. He has also improved me as a player, tactically as well as technically.”

England are 1.25 to beat the United States at Wembley on Thursday, while Wilson can be backed at 4.20 to score the last goal of the game.