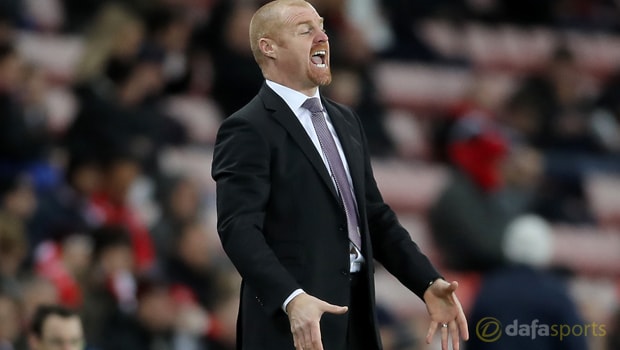 Burnley manager Sean Dyche has praised the depth in his squad after seeing his fringe players guide the club into round four of the FA Cup on Tuesday night.

Burnley, who are priced at 67.00 to win the FA Cup, continued their incredible home record this season by claiming a 2-0 triumph over struggling Sunderland in the third-round replay.

Sam Vokes and Andre Gray both netted to set up a fourth-round clash with Championship outfit Bristol City a week on Saturday.

Dyche made seven changes as he looked to rotate his squad from the side that beat Southampton 1-0 in the Premier League last Saturday.

However, the replacements slotted in seamlessly as they looked to prove a point and push for a regular Premier League starting spot.

Dyche said: “It’s the old twist in the tale. If you make changes and it doesn’t work, you wouldn’t be asking that question.

“Before the game, it becomes are you changing the team, with that weird edge of disrespect. “I made it clear I wasn’t.

I believe in the players, we have some very good players, as a group, and tonight showed that. “We gave a very good performance.

They make it clear to me every day in training they’re ready, and that showed.”

Burnley have never looked in danger of relegation this season and Tuesday’s victory will keep confidence levels high as they prepare to travel away to Arsenal on Sunday.