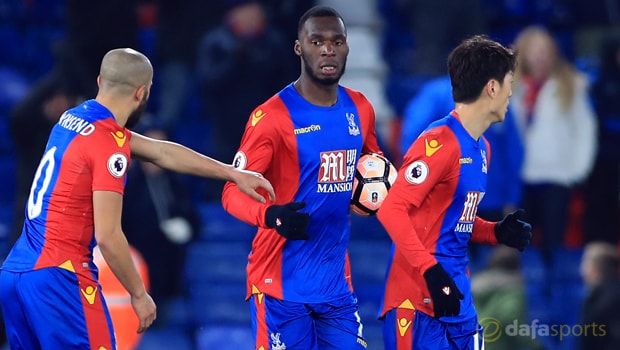 Crystal Palace striker Christian Benteke says that Sam Allardyce can help them to beat relegation this season and insists he is not looking to move away from Selhurst Park.

Allardyce picked up a victory at the sixth attempt as the Eagles saw off League One Bolton in Tuesday’s FA Cup third-round replay.

The former England manager is yet to taste victory with Palace in the Premier League, having lost three and drawn one.

Palace, who are priced at 3.10 to pick up a win, will have the opportunity to put that right on Saturday when they welcome an in-form Everton, who can be backed at 2.30 to take all three points, while the draw is available at 3.20 at Selhurst Park.

The Eagles currently sit 17th in the Premier League with just goal difference keeping them from slipping into the bottom three.

However, Benteke believes that Allardyce has the experience to ensure they don’t slip into the relegation zone and lose their place in the top-flight.

The Belgian international said: “He is a manager with a lot of experience.

“He has been in the Premier League for a long time and knows how to manage the team out of the position we are in now.

We are in a dangerous position but we have to look up because we have the ability and quality in the squad.”

Benteke, who joined from Liverpool over the summer for £32million, scored twice for the Eagles in Tuesday’s 2-1 win against the Trotters and he has been linked with a January move.

The former Aston Villa man is understood to be on PSG’s radar, while interest is also coming from China, but he insists he is staying put.

He added: “No [I am not going anywhere]. “It makes me laugh! I am used to it. Since I am in England, now it is maybe two or three years in a row they talk about ‘Christian is going to leave’.

“I am very happy here. I want to fight to help the team to move up the table. We deserve it with the players that we have got. Now we have to show it on the pitch.”