Roman Burki: Victory over rivals was fun despite fans absence 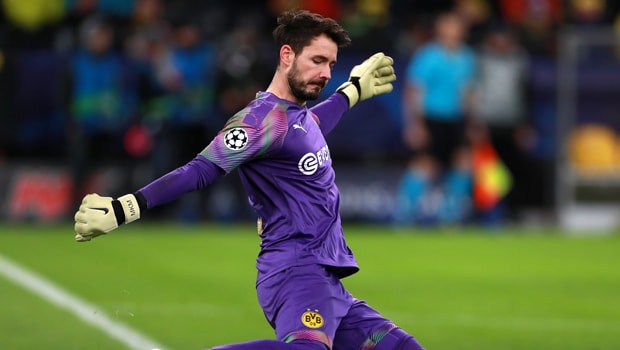 Dortmund shot-stopper Roman Burki revealed the team had the feeling that the team had rekindled their love for football as they returned to action on Saturday, which saw the mauling of their opponent Schalke 04 by four goals.

Following the return of football, expectations were high as fans around the world concentrated on live actions from the Signal Iduna Park, but Burki found it strange as the game was played behind closed doors.

Goals from Erling Haaland, Thorgan Hazard, and a double from Raphael Guerreiro completed the rout as the game came to a close.

Speaking at an exclusive interview, Borussia Dortmund goalkeeper Burki revealed that there was little or no difference from the game they were used to when they were young as there were no fans in the stadium. ” it was apparent from the team.”

The game ended as Dortmund players saluted the empty seats to show support for the absent fans.

Dortmund winger Julian Brandt said after the game that he would have loved it more if they had been playing under normal circumstances.

“Adaptation is a new way now, and situations like this, we just have to try and have fun, and we sometimes do that.”

After Dortmund was 3-0 up, they allowed down the face of the game and allowed Schalke to have the better of them, but much couldn’t be said as regards the performance of David Wagner’s men; the tried to stop Lucien Favre’s men, but the return to action wasn’t just their day as they went down to a massive derby defeat.