Steve Agnew: Boro not giving up 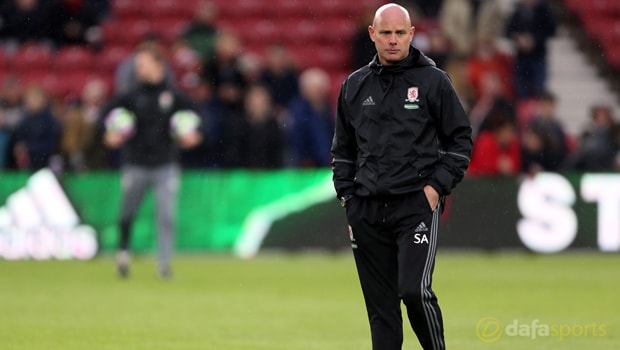 Middlesbrough boss Steve Agnew says his players will continue to believe in their survival dream despite going down to Arsenal on Monday.

Despite an improved performance from the Teesside outfit, their lack of potency in front of goal again proved their downfall as they went down 2-1 to the Gunners at the Riverside and they are currently 1.03 for the drop.

Boro have now not won any of their last 15 Premier League outings, a run that stretches back to December 17.

With six games to go they sit 19th in the table, six points adrift of Hull and it appears time is running out for them to salvage their season.

Saturday sees Middlesbrough travel to the south coast to take on Bournemouth and they will be hoping for a repeat of the 2-0 triumph they claimed against Eddie Howe’s men at home in October.

With Manchester City, Chelsea and Liverpool to come, the odds look stacked against Agnew’s side and they appear primed to make a speedy return to the Championship.

The 51-year-old is refusing to give up though and says his players will continue to scrap for their Premier League lives as long as they have a chance of survival.

“I couldn’t be more proud of the group of players, they gave every ounce of energy over 94 minutes,” Agnew said.

“This group don’t know how to give in and they will never, ever stop. As I’ve just said to them, we’ll start to prepare tomorrow and we go to Bournemouth ready.”