Dortmund wraps up signings for January after Erling Haaland Transfer

Posted by Olumide Akinnifesi on January 4, 2020 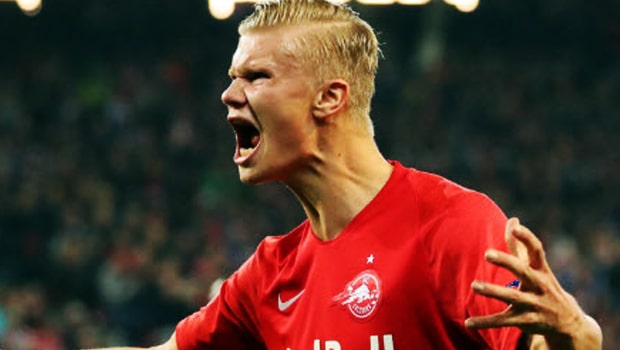 Borussia Dortmund has canceled plans to add to their squad this summer after the arrival of Erling Haaland from Red Bull Salzburg.

This is just the opening of the transfer window, and Dortmund has already been busy in the market. The 19-year old forward joined the Bundesliga outfit last week for 20 million Euros this month to bolster their attack.

Not only have there been arrivals, but there are also departures and possible departures from the club. Julian Weigl has left the side to join Benfica for the same fee [20m euros].

With the look of things at the club, Dortmund is already done with their transfer business for January. According to reports, the board isn’t planning on making any other additions to the squad this month.

While Dortmund is looking set to be done with arrivals this month, reports have emanated in Germany that Paco Alcacer will be allowed to leave the club this month if the right offer comes in. The former Barcelona forward has been sparingly used since his return from an Achilles injury, and with the arrival of Haaland, his playing time might drastically reduce.

Reports gathered in Spain has it that Atletico Madrid are interested in signing the forward, but Dortmund will only sanction the sale if they receive the right bid. The club is looking to sell for a region of 40million euros.

Another player set to leave Dortmund is Marcel Schmelzer. The experienced left-back revealed that he is set to join a club outside Germany this summer, but the club blocked the move. The player has now determined that if the situation does not change before the end of the season, he would like to move abroad to do something different.

Dortmund continues their title charge as they return to Bundesliga on the 18th of January as they make a trip to Augsburg. But they will play a friendly first on the 11th against Dutch side Feyenoord.