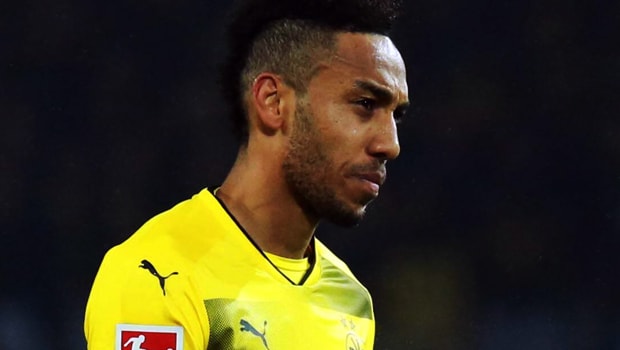 Pierre-Emerick Aubameyang says he does not know why he has been dropped from Borussia Dortmund’s squad for Friday’s Bundesliga clash with Stuttgart.

The Gabon international is BVB’s leading scorer so far this season, netting 15 goals in all competitions, but he has been dropped from their squad for Friday’s trip to the Mercedes-Benz Arena for what the club have described as ‘disciplinary reasons’.

Dortmund are yet to elaborate on the details behind the 28-year-old’s suspension, but some reports have suggested that he has repeatedly turned up late for training, while there is also speculation the forward went on an unauthorised trip to Barcelona during the international break.

Aubameyang was banned for similar reasons last season when he went on an impromptu trip to Italy, but the former Saint-Etienne ace insists he does not know the reasons behind his ban this time around.

“I didn’t turn up late for training,” he is quoted as saying by Bild.

“After my trip to Milan I could understand my suspension because I ignored an announcement that time. This time I really can’t understand it.”

BVB are sure to miss Aubameyang’s firepower in front of goal during Friday’s match, particularly as they will head into the contest having collected just one point from their last four Bundesliga games.

Peter Bosz’ men are priced at 1.75 to secure a victory in Aubameyang’s absence, while Stuttgart are available at 4.33 and the draw is on offer at 4.00.

Dortmund’s supporters will be hoping the issues surrounding Aubameyang will be sorted soon, as following the trip to Stuttgart, they face matches against Tottenham in the Champions League and local rivals Schalke in the Bundesliga.