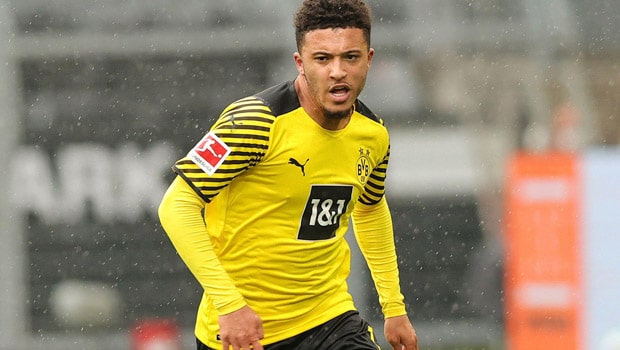 Sancho who joined Borrusia Dortmund in the summer of 2017 from Manchester City is valued at £77.5m which the Red Devils’ bid fell short of.

Furthermore, the Manchester club wanted to pay the fee over a five-year duration which the Germans declined opting for a four-year pay plan instead.

Manchester United failed to reach an agreement with Dortmund last season after reducing the price evaluation of the Bundesliga side.

Dortmund has an agreement with Sancho to let the player leave if any club meets his value. Manchester United has previously been linked with other Dortmund stars including Erling Haaland and Jude Bellingham.

The Midfielder was impressive during his loan stint with the Hammers during the season scored 9 goals in sixteen matches.

De Gea was picked ahead of Dean Henderson for the Europa League final against Villarreal in Gdansk where he lost the deciding penalty which gifted the Yellow Submarines their first-ever European title.

However, at Stamford Bridge, Chelsea is monitoring Moroccan player Achraf Hakimi. The Inter Milan full-back is also on the radar of the French side Paris Saint-Germain.

The Blues are willing to bids for Callum Hudson-Odoi if they are successful in the purchase of Achraf Hakimi.

Meanwhile, Former Chelsea manager Frank Lampard is on the radar of Crystal Palace after they failed to reach an agreement to bring in former Wolves manager Nuno Espirito-Santo.